”The School of Transformation” is a second part of the trilogy “Passing Place” by Mobile Homes .

The School of Transformation was an interactive live performance that dealt with the Internet as a global playground for identity, consumerism and desire. It was staged as a school where the audience had to take on the role of a student and consisted of 5 lessons, each with different approach to the theme action and consequence.
The theme was investigated, considered and presented in a classroom situation through 3 platforms, The Physical Platform, The Virtual Platform and The Interactive Platform.

The students enter a classroom where they watch demonstration, participate in discussions and solve tasks and exercises. They observe six characters, as they struggle in a hierarchic stage structure, that resembles a big treadmill.
The characters enter small cubicles that serve as homes or offices where they enter the virtual world of the Internet;  roaming the web, communicating with the other characters and making transactions of different kinds. The transactions are pretty simple. Something is bought and after a while it appears on stage: a pizza or a pair of shoes, a clown. Gradually the situation gets more intense and the communication inside and outside the cubicles becomes erratic, unpredictable even violent and the goods traded less and less tangible. A new lifestyle emerges; the characters start recreating their image, seeking access to forbidden fruits and stolen items. Finally, they enter a political landscape where national resources are up for sale and the stakes becomes extremely high. The actions on stage serve as a platform for discussions and tasks for the students/audience lead by the teachers/actors.

“The School of Transformation” 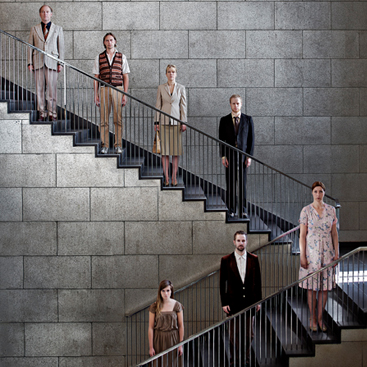 The Interactive platform was a shared reality between actors and the students in the classroom. The demonstrations were explored and developed in each lesson... 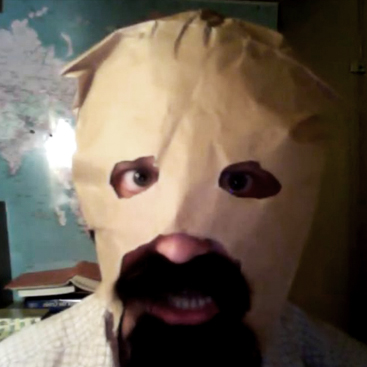 The Virtual platform was presented via Internet on video screens placed on stage researching and demonstrating lifestyle, desire and consumerism. In this dimension the... 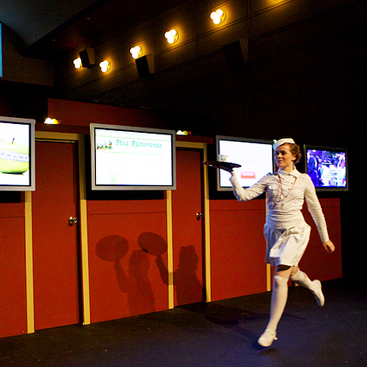 The Physical platform was presented as a physical interplay between the characters on stage researching and demonstrating communication driven by primitive urges. It was...